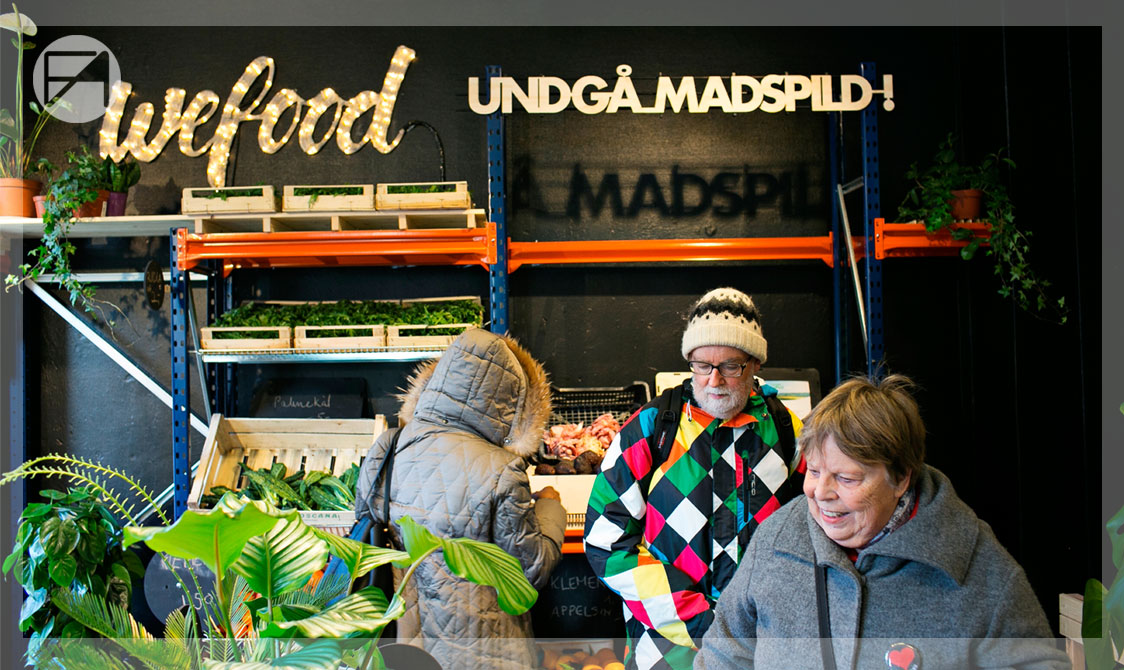 I know I’ve been away for quite a while, but I have been busy gathering great information to share with you. So, stay tuned for more content HERE. I’m back!

A supermarket that does not purchase products from its suppliers, that does not have official employees, which does not invest in communication campaigns nor have conflicts with their supply chain, but yet is always busy and with long lines at the main door. Yes, this supermarket exists and is called WeFood – you can check it out visiting the city of Copenhagen, Denmark.

Are you curious? It is no wonder, I would also be. It resembles more to a business case of a visionary marketing professor. But in fact the story is real and the supermarket, since February this year, has opened its doors with a brand new concept – in fact, the business not only brings a totally different concept, but also has a very noble ’cause’ . WeFood is the first supermarket to offer products with an expired date, or that are about to expire soon, selling food (and other products) discarded by other retail chains.

At WeFood, consumers can also find products with damaged packaging or bad appearance – rejected by large supermarket chains that follow strict quality standards that force them to drop tons of food. Only in Denmark are 700,000 tons* of food wasted every year, compared to the despairing number of hungry people in the world – about 800 million people.

The project was launched in the summer of 2015, started by a Crowdfounding campaign initiated by DanChurchAid (DCA), a global NGO working to combat poverty, hunger and global disasters. Bassel Hmeidan, project manager of the business, told us the “project took about a year to materialize and that the idea was brought up during a TV program about food waste, inspired by the European supermarket chains with large alimentary surplus.”

The formula is simple: reuse, volunteering and, of course, an economic incentive for consumer’s pocket. WeFood has an agreement with the Danish chain of supermarkets, Føtex, that donates its surplus + products ‘non-recommended for sales’. Mr. Hmeidan also informed us that 80% of the products sold in WeFood are sent directly by their producers, farmers or even by Distribution companies and the supermarket team is working to establish partnerships throughout the supply chain. Once negotiated, the volunteer team pass by Føtex grocery stores to collect the food, previously separated by the employees.

Finally, consumers are rewarded with the incredible advantage of buying such products with a discount between 30-70% over the market price, depending on the product presentation. When asked about the main target of WeFood, Bassel tells us the shopper pattern is diverse: students, retired people and families who want to save some money, or even supporters of the cause ‘against food waste’. He also told us that the most popular items are the vegetables, products for daily consumption and frozen food – and reaffirms the portfolio is not fixed because it depends on the donations.

The good news is that in 8 months of operation, WeFood managed to save over 30 tons of food, which although still represents 0.005% of the total, is certainly an important number for the initial months. The project is developing fast and in November/2016 they open their 2nd store, also in Copenhagen – demonstrating its success as initiative. The group confirms their only communication channels are their web www.wefood.nu and Fanpage – they rather invest in humanitarian work than in communication.

It is proved the initiative works and that we are a community searching for solutions, especially talking about issues such as over-production and over-consumption. The debate for the future is if the WeFood stores should be spread out around the world or if we should germinate awareness for all the retail chains to find a fair solution for their business, focusing not only on the opening of  new stores but on dealing with the surplus products they sell everyday – avoiding waste. Maybe together, we can exert pressure on the supply chain by forcing the companies to reduce their production parameters – generating losses of billions of Euros annually – or at least, by addressing their surplus to those who really need them -this would be a beautiful project of social responsibility.

I have been researching for retail chains worldwide that already offer products about to expire for a reduced price, in order to minimize the waste. If you also know these chains, please share with us and we can provide a whole LIST OF THE CHAINS ENGAGED IN THE CAUSE.

There are still no comments